Chinese electric-vehicle (EV) maker Nio (NYSE:NIO) is trying to do in its home country what market-leader Tesla (NASDAQ:TSLA) did in the U.S. Nio reports its second-quarter financial update tomorrow just two days after the China Passenger Car Association (CPCA) revealed what Tesla produced from its Shanghai plant in July.

The EV stocks are both lower in today’s market session as investors look toward Nio’s report tomorrow. As of 11:45 a.m. EDT, Tesla and Nio shares were both down less than 2%. At the same time, shares of Nikola (NASDAQ:NKLA) were down about 2% after earlier jumping 5.4% on a fresh news release.

Nikola announced some news that likely caused the early bump, but the move didn’t hold. The company said it added a new partner to its planned sales and service dealer network in the Northeastern U.S. But the more interesting news among these names was what Tesla produced out of its Shanghai facility in July and how it compared to Nio. 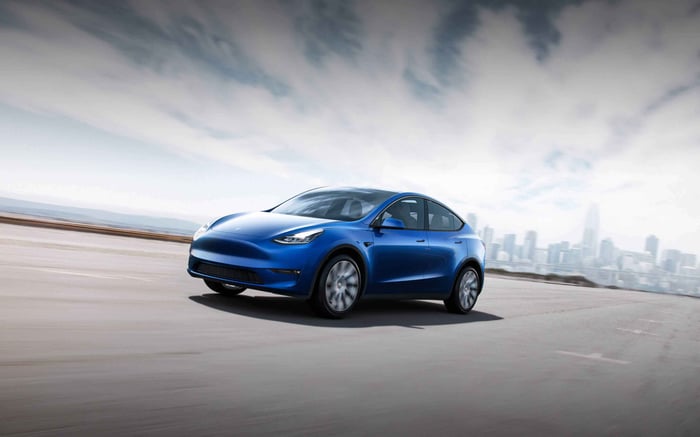 Tesla began manufacturing its Model Y compact SUV in Shanghai in January 2021. While it didn’t break down the mix between the Model Y and the Model 3 sedan, the CPCA release said Tesla produced 32,968 vehicles at the plant in July, as reported by Reuters.

But only about 8,600 were sold in the domestic market, which is down 69% from its locally sold vehicle count in June. Tesla exported the balance out of China.

But even Tesla’s 8,621 vehicles sold inside China outpaced Nio’s July sales of 7,931 units. Though Nio has reported production has been impacted by the global semiconductor shortage, its July deliveries still grew by 125% year over year.

Investors are closely watching Nio to see if it can mirror the path Tesla took to become the EV-market leader. Tesla just reported record earnings in the three-month period ended June 30, earning more than $1 billion in net income for the first time. Like Tesla with its proprietary network of EV chargers, Nio is also branching beyond just selling vehicles. It has a battery-swap network that quickly replaces EV batteries as an alternative to taking the time to recharge.

Nio is also moving outside its home country, with its first shipment to Europe going to Norway last month. Another similarity is that the stock’s valuation has been pushed beyond the current fundamentals. Nio has a market cap of over $70 billion, even though it has yet to report a profit.

With Tesla valued at about 10 times that market cap, investors hope Nio’s stock price will also mirror Tesla’s path. Tomorrow’s quarterly report will give them one more data point along the way.